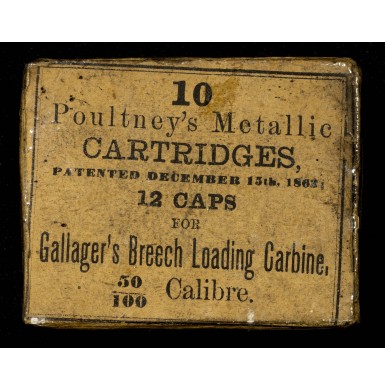 The packet is unopened and shows only some scattered age discoloration and some light handling soil. To protect the package, it has been wrapped in clear plastic. The packet contains all 10 original cartridges, the 12 caps and the protective block, all with the original wrapper around them.