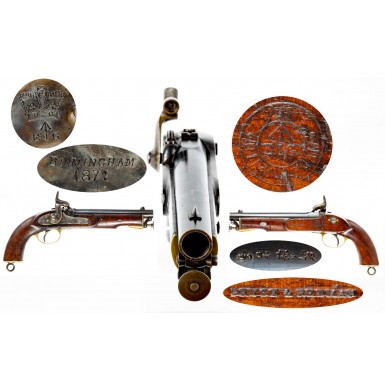 The British East India Company was, according to Bentley’s Miscellany #43 (published in 1858), “…an anomaly without parallel in the history of the world. It originated from subscriptions, trifling in amount, of a few private individuals. It gradually became a commercial body with gigantic resources, and by the force of unforeseen circumstances assumed the form of a sovereign power….”. The company was chartered on the last day of the year 1600 by a group of London businessmen to import spices from the “East Indies”, which was broad period reference to the regions known today as Asia and South East Asia. Initially the primary areas of interest and operation were in modern day India, Pakistan, and Bangladesh, but the East India Company trade and influence soon extended throughout Asia, in many ways controlling (or at least influencing) trade with China, Thailand, Cambodia, Laos, Vietnam, and many Pacific Islands such as the Singapore and the Philippines as well. As the company expanded during the 1600s and 1700s, and its sphere of influence increased, the East India Company became the de-facto government in many of the regions where it traded and even raised its own army, primarily consisting of indigenous people, to protect its trade routes and “Indiaman” merchant ships.

During its heyday, the E.I.C. effectively conquered countries and established new colonies on a scale ever greater than the British government had. Eventually, this led to a reigning in of this privately held world power by Parliament. In 1813, Parliament cancelled the company’s monopoly on trade in the “East Indies”, starting a domino effect that reduced the power of the E.I.C. over the next two decades. In 1834 the Colonial Office, the portion of the British government that dealt with and governed the British colonies, established a sort of “joint rule” between the East India Company and Great Britain, in the lands that the E.I.C. controlled. However, the Indian Mutiny in 1857 (also known as the Sepoy Rebellion), where the native Indian army that had been established by the E.I.C. and British government mutinied against the E.I.C. and British rule, changed that relationship forever. The result was the establishment of the British Raj to directly rule India, and the eventually dissolution of the E.I.C., which went out of business in 1873. After the establishment of the Raj, the former E.I.C. native troop military forces morphed into the E.I.G. or East Indian Government military. With fear of future army mutinies influencing much of the command decision making, the E.I.G. forces would be consigned to carrying obsolete weapons for the next few decades, always remaining at least one or two major technological advancements behind the ruling British government’s military. A perfect example is that even in the mid-1870s the army of the East Indian Government was consigned to carrying muzzle loading, percussion ignition smoothbore weapons, while the British Military was armed with Snider and Martini-Henry rifled breech loading cartridge arms.

Offered here is a VERY FINE to NEAR EXCELLENT example of a British Pattern 1858 Indian Service Pistol for use by the East Indian Government Native Troops. The pistol is based upon the British Pattern 1856 and Pattern 1858 service pistols, but is a .65 caliber smoothbore, rather than a .577 caliber rifled arm. It is interesting to note that the British military was still relying on single shot, muzzle loading percussion pistols in an era when the percussion revolver was clearly the handgun of choice for military purposes. This may well have been due to a general prejudice against the general issue of pistols to the rank and file. In 1838, the British Army removed pistols from general service, with the exception of Lancers (who would be encumbered by a carbine when trying to handle a lance), officers, troop sergeants major and trumpeters. No other class was soldier was authorized to carry a pistol, and with the guns in such limited use, development and evaluation of the technology was clearly placed on the back burner. Interestingly, even though Robert Adams had been producing very successful double action revolvers since 1851, and both his 1851 and 1854 models had good reputations, the British Army turned to the Colt Model 1851 Navy when they purchased their first revolvers for military service during the Crimean War. The Indian Service pistol is for all practical purposes a smooth bore example of the Lancers pistol of the same era. It is a single shot, percussion ignition pistol with a .65 caliber, 8” round barrel. The barrel was retained to the stock with a single screw through the breech tang and a single flat key through the stock. The overall length was about 14”. The pistols were blued, with case hardened locks and hammers, which were similar in design to the Pattern 1853 Enfield. The pistols had a captive swivel ramrod, and a flat brass-mounted butt that incorporated a rotating iron lanyard ring. All of these were features that had been standard since the introduction of Lovell’s Pattern 1842 Lancers Pistol. The P1858 retained the simplicity of design and rugged sturdiness that all of Lovell’s designs were known for. The P1858 pistol incorporated a set of rudimentary sights, with a simple V-notch rear sight on the breech tang and a more substantial iron blade on a base, near the muzzle.

Like many British military arms of the time, many East Indian Government guns were produced by the Birmingham gun trade, on contract with the British government. This example was produced by the famous Birmingham gunmaking firm of Pryse & Redman. The partnership of Charles Pryse and Richard Redman began in 1842 and continued through 1873. During that time, they produced a large number of military pattern arms for both the British Government and commercial trade, including arms for the combatants in the American Civil War. They also received several British patents for gun designs during that time.

As noted earlier, this example of a British Pattern 1858 Indian Service Pistol for use by the East Indian Government Native Troops is in VERY FINE to NEAR EXCELLENT condition. The pistol retains about 85%+ of its original deep, dark rust blued finish on the barrel, which does show some minor loss due to streaky fading and a small streak of finish loss on the top of the barrel, about 2” from the rear sight that measures about 1 ¼” in length. The area where the finish has thinned has developed an attractive plum brown patina that has blended beautifully with the remaining blue. The pistol retains about 90%+ vivid case coloring on the lock, with the hammer showing about the same amount of vivid coloring, with the loss primarily due to minor fading. The lock is clearly and crisply marked with a {CROWN} / {BROAD ARROW} / E.I.G. to the rear of the hammer and Birmingham / 1871 forward of the hammer. The forward upper edge of the plate is also marked with an inspector stamp of 7 / B. The lock functions perfectly on all positions and is mechanically excellent with a very crisp action. The breech of the barrel is marked with the usual line of British military proof and inspection marks. The swivel rammer also bears the inspection mark B / 3 on the shaft near the large flat palm disc. The stock flat, opposite the lock is crisply stamped with the East Indian Government storekeepers mark, which is a large roundel with a {CROWN} * BIRMINGHAM * in the outer circle and a {BROAD ARROW} / E.I.G. in the inner circle. The tail of the stock flat is marked with the initials JC,  likely the “setter-up” (assembler) of the pistol. The flat is also marked with the name of the pistol’s contractor, PRYSE & REDMAN forward of the storekeeper’s roundel. The original sights are present on the pistol, as is the original swivel ramrod. The ramrod functions perfectly and operates quite smoothly. The original lanyard ring is present in the butt of the pistol and rotates smoothly as well. The brass furniture of the pistol has a lovely, lightly cleaned golden appearance that is very attractive. Some of the brass shows a moderate amount of greenish verdigris as well. The bore of the pistol is in EXCELLENT condition. It is mirror bright and quite smooth. The bore shows only some very minor traces of scattered oxidation and pinpricking and no pitting to speak of. The pistol stock is in NEAR EXCELLENT condition and is solid and complete with no breaks, cracks or repairs noted. The stock shows only the usual assortment of scattered bumps, dings, bruises and mars from handling, use and storage that one would expect to find on a 140-year-old military arm. There is also a somewhat deeper ding in the wood on the counterpane, behind the E.I.G. storekeeper’s mark. The stock is extremely crisp and sharp throughout with excellent lines and edges.

Overall, this is simply a fantastic example of a British Pattern 1858 Indian Service Pistol for the use of native troops. The pistol remains in truly excellent condition and is very striking. All of the markings remain extremely crisp and sharp and the pistol is absolutely gorgeous. These very striking pistols, with a rich history of service on the Indian sub-continent, are often sold in the $1,000 - $1,250 range in average condition and with minimal original finish. This gun is ten times better than most of the examples that appear on the market and is barely priced above the level of an “average” example. This will be a great addition to any collection of 19th century military arms and is an especially interesting pistol to display with other arms from the same era that were technologically superior to this simple, but effective “horse pistol”.